LGBT is an initialism that stands for lesbian, gay, bisexual, and transgender. … To recognize this inclusion, a popular variant adds the letter Q for those who identify as queer or are questioning their sexual identity; LGBTQ has been recorded since 1996.

Coming out can be a difficult process for people and they may be worried that others will treat them differently once they know. Even though it can be scary, most people feel coming out is very important as it means that they can be honest about how they feel and not keep an important part of their life hidden. 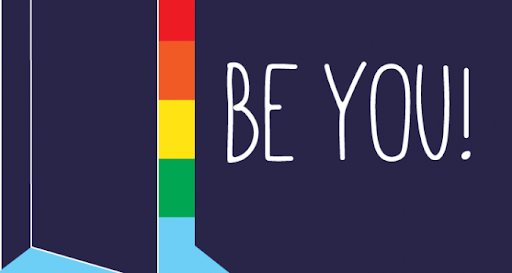 Getting to know yourself

One of the very first steps of coming out is acknowledging to yourself what your sexual preferences and/or your gender expression are. This may sound really obvious, but for lots of people admitting to themselves that they are gay, lesbian, bisexual or trans can be hard for lots of reasons.

It could be because they have been brought up to think that being one of these things is wrong, or because they are worried about being teased or bullied.

If you are not sure if you are gay, lesbian, or bisexual or trans you may find it helpful to talk to someone you trust about your feelings.

Will it change things?

Hopefully coming out will change things for the better for you, as you will not feel that there is a big part of your life that you have to keep secret. Many people describe feeling relieved that they can be open and honest about who they are.

However, there can be a down side to coming out as you may come across people, including friends and family, who are homophobic (prejudiced against gay, lesbian, or bisexual people). This might make you feel angry, upset or scared. You might experience discrimination.

This is why it can be helpful to tell a small group of trusted people first, as that way you will feel supported and have people to talk to about how things are going.

It can be a scary, however there are people who can support you, they will listen and give guidance on what to do next; Lollipop & LOOK Group.

I felt so alone and trapped in who I was… For people to be so supportive about it, it has been amazing.

Asexual (or ace) – someone who does not experience sexual attraction.

Bisexual / bi – refers to an emotional and/or sexual orientation towards more than one gender.

Cisgender or Cis – someone whose gender identity is the same as the sex they were assigned at birth. Non-trans is also used by some people.

Gay – a man who has an emotional, romantic and/or sexual orientation towards men. Also a generic term for lesbian and gay sexuality – some women define themselves as gay rather than lesbian.

Gender – often expressed in terms of masculinity and femininity, gender is largely culturally determined and is assumed from the sex assigned at birth.

Gender dysphoria – when a person experiences discomfort or distress because there is a mismatch between their sex assigned at birth and their gender identity. This is also the clinical diagnosis for someone who doesn’t feel comfortable with the gender they were assigned at birth.

Gender identity – a person’s innate sense of their own gender, whether male, female or something else (see non-binary below), which may or may not correspond to the sex assigned at birth.

Heterosexual / straight – refers to a person who has an emotional, romantic and/or sexual orientation towards people of the opposite gender.

Homosexual – this might be considered a more medical term used to describe someone who has an emotional romantic and/or sexual orientation towards someone of the same gender. The term ‘gay’ is now more generally used.

LGBT – the acronym for lesbian, gay, bi and trans.

Lesbian – a woman who has an emotional, romantic and/or sexual orientation towards women.

Non-binary – an umbrella term for a person who does not identify as only male or only female, or who may identify as both.

Pansexual – a person whose emotional, romantic and/or sexual attraction towards others is not limited by biological sex, gender or gender identity.

Queer – in the past a derogatory term for LGBT individuals. The term has now been reclaimed by LGBT young people in particular who don’t identify with traditional categories around gender identity and sexual orientation but is still viewed to be derogatory by some.

Sex –assigned to a person on the basis of primary sex characteristics (genitalia) and reproductive functions. Sometimes the terms ‘sex’ and ‘gender’ are interchanged to mean ‘male’ or ‘female’.

Sexual orientation – a person’s emotional, romantic and/or sexual attraction to another person.

Trans – an umbrella term to describe people whose gender is not the same as, or does not sit comfortably with, the sex they were assigned at birth. Trans people may describe themselves using one or more of a wide variety of terms, including (but not limited to) Transgender, Transsexual, Gender-queer (GQ), Gender-fluid, Non-binary, Gender-variant, Crossdresser, Genderless, Agender, Nongender, Third gender, Two-spirit, Bi-gender, Trans man, Trans woman,Trans masculine, Trans feminine and Neutrois.

Transitioning – the steps a trans person may take to live in the gender with which they identify. Each person’s transition will involve different things. For some this involves medical intervention, such as hormone therapy and surgeries, but not all trans people want or are able to have this. Transitioning also might involve things such as telling friends and family, dressing differently and changing official documents.

Transsexual – this was used in the past as a more medical term (similarly to homosexual) to refer to someone who transitioned to live in the ‘opposite’ gender to the one assigned at birth. This term is still used by some although many people prefer the term trans or transgender.

Lollipop offers children and young people who are educated, and/or reside in the East Riding, social and emotional support around sexuality and gender identity.

Those who attend have access to one to one, low level CBT approach support whilst at the group.

LOOK Group (Loving Our Out kids)

LOOK group offers parents and carers of children and young people who are educated and/or reside in the East Riding social and emotional support around sexuality and gender identity.

The group is a safe place for parents and carers to express their feelings and with help from staff unpick any barriers they my face around sexuality and gender identity.

Young people and parents can ring 01482 392200 or email lollipop@eastriding.gov.uk. Both groups operate under a confidentiality policy unless staff feel there are safeguarding concerns.

My Rights and the Law

For example, schools cannot deny a lesbian, gay, bi or trans student the opportunities and facilities that they would offer to heterosexual or cis (non-trans) students. Schools must respect a student’s gender identity. They should use their preferred pronouns and allow them to use the toilets and single sex facilities appropriate to the gender they identify with.

When looking for accommodation a landlord/housing agent cannot turn away a tenant or refuse to sell or rent their property to someone because of their sexual orientation or gender identity. Councils have a responsibility to act to tackle the homophobic, biphobic or transphobic abuse of a council tenant, just as they would act to tackle racist abuse.

Where to go for help…

LOOK Group (Loving Our Out kids)

LOOK group offers parents and carers of children and young people who are educated and/or reside in the East Riding social and emotional support around sexuality and gender identity.

The group is a safe place for parents and carers to express their feelings and with help from staff unpick any barriers they my face around sexuality and gender identity.

Young people and parents can ring 01482 392200 or email lollipop@eastriding.gov.uk. Both groups operate under a confidentiality policy unless staff feel there are safeguarding concerns.